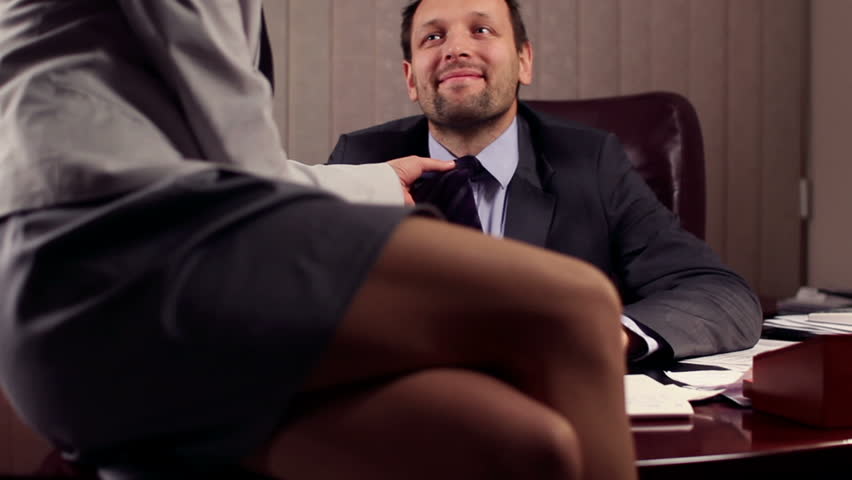 The story of a woman sleeping with her boss seldom has a happy ending – so why are some women still willing to do it?

ESPN’s Steve Phillips is off to rehab for sex addiction, his marriage and career destroyed by his steamy affair with a production assistant. On the other hand, Dave Letterman’s popularity and TV ratings have soared since his public confession of past dalliances with female members of his staff. Jimmy Kimmel’s current romance with one of his staffers seems to be no threat to his job or reputation. These are the most recent romances to come to light – but certainly nothing new in the heady world of powerful, successful men.

Every day, in organizations both large and small, there are bosses having sex with women who work for them. It’s not hard to find doctors who are diddling nurses; barristers boinking law clerks; professors enjoying extracurricular activities with research assistants; politicians of both stripes schtupping staffers. And who knows how many producers and directors are canoodling with assistants on their casting couches?

We all know why the bosses do it: Men love sex. Mother Nature hardwired males with a powerful sex drive to ensure that the human species doesn’t die out. (And, you must admit, males are doing a damn good job!)

But many people wonder: Why do women do it? What makes a woman sleep with her boss – especially if he is already married? Everyone knows that men don’t marry the women they have affairs with. And it’s common knowledge that a man makes his reputation the same way a woman loses hers. The story of a woman sleeping with her boss seldom has a happy ending – so why are some women still willing to do it? 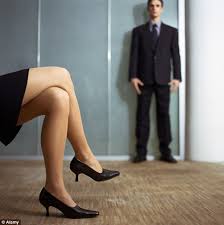 Here are a few reasons why a woman may let her boss dip his pen in the company ink well:

1. Power is the ultimate aphrodisiac. Former secretary of state Henry Kissinger famously pointed this out when asked how a fat, ugly man like him always managed to date starlets, models, and other beauties. Power excites women – whether it’s political power, financial power, intellectual power, muscle power, artistic or creative power, or sheer power of personality. Power is like catnip – women go crazy for it.

2. Men achieve status by what they do, while women achieve status by who they’re with. Being married to a powerful man bestows the highest status – being the girlfriend is second-highest. But being the mistress has its own unique panache, intensified by its forbidden fruit dynamic. Being desired by a powerful man gives a woman certain bragging rights among her friends – even if she can’t go public with her relationship. She feels special.

3. People are flattered by the attention of successful and/or powerful figures – women are no different from men in this regard. Who among us hasn’t had a brush with someone famous and were thrilled by it? “Wow, I got to shake hands with the governor,” or “Guess which celeb was on the plane with me?” It’s intoxicating to have a powerful man pay special attention to you. For many women, it’s hard to resist.

4. Enhanced career prospects, perks, and money can entice a woman into a sexual relationship. Exchanging sexual favors for money is known as prostitution in most situations, but it’s called “sleeping your way to the top” when it occurs at work. It’s risky, but some women are willing to run the risk.

5. Women want intimacy and trade sex to get it; men want sex and trade intimacy to get it. This isn’t a bad system, all other things being equal. But when the man is the boss and the woman his employee, all things aren’t equal. It adds a power dimension to the equation that can make the relationship exploitive. However, it never seems that way at the beginning – she just feels good that he finds her attractive. 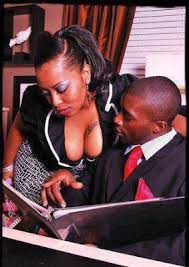 6. Denial and mind games distort reality perception. A young mistress thinks “It’ll be different with me – he really does love me. I know he does. He’ll divorce his wife and marry me.” She believes what she wants to believe. She can think of other men who married a secretary, assistant, or nanny – so her dream could come true, too.

7. Hormones cloud women’s judgment. If she can resist having sex with her boss, she may be able to keep him at bay and still keep her job. But if she gives in and has sex with him once, she’s toast. Her hormones work against her. With orgasm, her brain is flooded with oxytocin – a powerful hormone that acts like Crazy Glue, bonding her to him. She can no longer see him or her situation clearly.

8. Thousands of years of human history provide the back story to today’s workplace affairs. Alpha males have always had their pick of the females – willing or unwilling. Kings had their consorts; knights and princes enjoyed plentiful fair maidens; the landed gentry had easy access to chambermaids and farm girls. Throughout history – and today – most women “marry up” in terms of class, money, age, and status, while most men “marry down.” It’s part of our collective unconscious – it’s been going on for millennia.

So, what makes a woman choose to sleep with her boss? There isn’t a one-size-fits-all answer for every workplace romance. A woman’s reasons are as complex as she is. So perhaps we should let each woman speak her own truth about her life and her love.