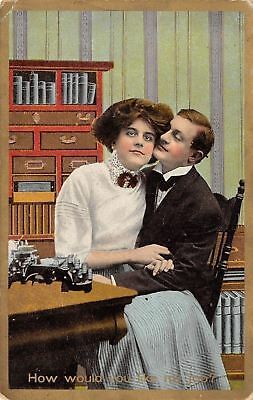 A memo to all employers out there: it’s probably a good idea to try and get your jollies outside of the office, on your personal time. Also, it’s generally illegal to solicit sexual favors in exchange for money. I believe the legal term for this is “prostitution.” Finally, it’s illegal to sexually harass your employees, and this includes making employment contingent on the performance of sexual favors.

And you know who, in particular, should be aware of these facts? Lawyers.

So imagine my surprise and confusion when I read this (with more detail on the Legal Profession Blog). Yes, a lawyer posted a job ad to Craigslist, in the “adult gigs” section, looking for a secretary to work in his law office, and perform traditional secretarial duties, while also performing sexual favors for the lawyer and another lawyer who shared his office.

This has to be one of the most bizarre sexual harassment claims I’ve ever read about (though it’s not even close to the weirdest story about Craigslist I’ve ever read, interestingly enough). Unfortunately, sexual harassment is still fairly common in the workplace. According to LegalMatch.com case data, thousands of people, in a wide range of industries, have sought legal counsel to help in their case against employers who have allegedly harassed them.

I’ve wondered why this is, because I seriously doubt that thousands of people all of the sudden had a change of heart and decided overnight to stop engaging in inappropriate behavior at work. And cases like the one I mentioned above show that some employers are still incredibly brazen in the way they engage in this despicable conduct.

So, what’s the explanation for the sudden drop in reported sexual harassment cases? Unfortunately, I think the state of the economy and the job market is partly to blame.

Most employees are probably pretty anxious about their ability to keep their jobs, especially those who occupy lower places in the business hierarchy. 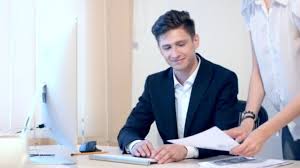 So, it shouldn’t come as much of a surprise that some employees are probably afraid to report sexual harassment for fear of losing their jobs. Although it’s unlawful for employers to retaliate against employees for filing, in good faith, a claim for sexual harassment (even if the claim ultimately turns out to be without merit), that doesn’t mean that these things don’t happen.

Also, if an employee has filed sexual harassment cases in the past, even if they’re legitimate, future employers might be reluctant to hire that person, out of fear that they might file sexual harassment claims in the future. Again, this is illegal, but it’s usually pretty easy for an employer to come up with a plausible legal reason to not hire an employee, especially when the job market is as competitive as it is, and there are many qualified applicants for a given position.

This strongly suggests that the vast majority of employers have strong anti-harassment policies, and implement them effectively.

Hopefully, the rest of the employers in the country (especially our former-lawyer friend) get the memo that sexual harassment in the workplace is completely unacceptable.